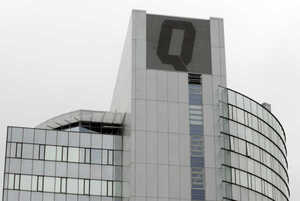 FORMER BILLIONAIRE Seán Quinn said yesterday he was “shocked” that Government Ministers had “interfered” in court proceedings abroad where his family is trying to prevent properties worth hundreds of millions of euro being seized by the state-owned Irish Bank Resolution Corporation, formerly Anglo.

Mr Quinn made the comment in a statement issued after the Commercial Court in Dublin made an unprecedented €1.7 billion summary judgment order against him in favour of the bank.

A spokesman for Taoiseach Enda Kenny confirmed last night that a case being taken in Ukraine by the bank in relation to valuable property there was “referenced” by Mr Kenny during a meeting in September with Ukrainian president Viktor Yanukovych.

Mr Quinn’s comment is also understood to be a reference to alleged representations by the Irish Embassy to Russia, where the Quinns also bought valuable commercial property using loans from Anglo.

The properties in question – which IBRC, formerly Anglo, claims were used as collateral for massive loans to the Quinn family – are worth €500 million.