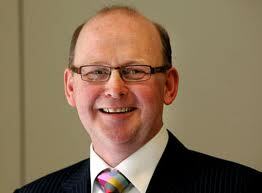 Kate Fitzgerald wrote a personal opinion piece in The Irish Times (September 9th) outlining her efforts to deal with depression; to find the answer on mental illness, “if you ask the right question”. The piece, published anonymously with a note at the bottom saying that the identity of the author was known to the editor, was also a plea for the right kind of supports for people like her, whether among friends, in the workplace or in greater society.

…The Irish Times sets high ethical standards for itself with a commitment to fairness. Sometimes they are not met, as some have contended in our coverage of this case. These are demanding requirements. Sometimes it’s a delicate weighing of often conflicting facts and details, when the full picture has yet to emerge.

That is what we attempted to do in this case. Suicide is such a difficult, complex subject; when someone chooses to take their own life with devastating consequences for their family, friends and colleagues. Coverage of suicide issues frequently provokes intense emotions and contention.

…After publication of the piece on Kate’s life some further details of her final months emerged. This led to an Irish Times decision to edit the initial piece and to publish a clarification in [last] Saturday’s editions. In my view, this was necessary in the context of fairness and it does not undermine in any way Kate’s life and the story told by her family, including her brother William.

As is standard practice, an edit note was appended to the revised online version of the article. Following some queries from readers, this note was further clarified to indicate the date of the revision and the reason it had been carried out.

Last year, The Irish Times published a major “Stories of Suicide” series by Carl O’Brien…The series helped set free so many voices on the issue of depression and suicide across all strands of Irish society; notably of those with depression – who succumbed to it on a once-off basis or face it in a recurring way. Their families too were grateful for being part of the conversation, including some grieving after the loss of a loved one. I hope that coverage by The Irish Times of Kate Fitzgerald’s life and premature death will have a similar beneficial effect.

Seeking Answers But Not Retribution On Subject Of Suicide (Kevin O’Sullivan, Irish Times)