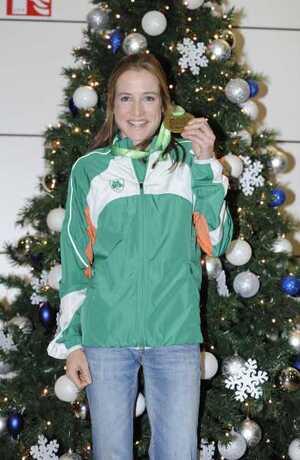 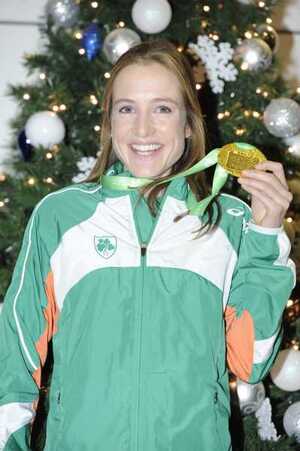 The new Irish star has achieved the A standard to compete in the 3,000 metres steeplechase in the London Olympics next year but [coach Chris] Jones said yesterday that she will not be running in this event.

Instead she will go about qualifying for the two longest events on the track, the 5,000m and 10,000m.

“Fionnuala is just not suitable to the steeple for a couple of reasons,” said Jones. “Primarily because of her slight physique it takes a real effort for her to get over the hurdles which is a handicap when compared to the best steeplechasers in the world.

“It took me quite a while to convince her that the ‘chase was just not her best event and it was unfair to keep asking her to compete at world-class level. And if you look at the best runners in the ‘chase they all have impressive times in the 1,500m and that is another disadvantage for Fionnuala.

“I would be confident that if things go according to plan in the next six months that Fionnuala will get the standards for both event and give a good account of herself in the 10,000m in London because she has the stamina and this ability to absorb whatever discomforts she will encounter.”