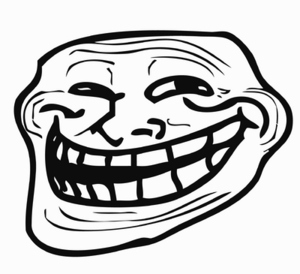 The 20 Unhappiest People You Meet In The Comments Sections Of Year-End Lists.

You know who you are.

1. The Poisoned. “The fact that you included Adele on this list of 100 things you like makes it a total joke.”

3. The Person Who Is Exactly Right. “It really seems like this list of things you thought were good is just your opinion.”

4. The Surprisingly Lucid Narcoleptic. “ZZZZZZZZZ” is the classic. “SNORE” and “YAWN” are acceptable variants.

5. The Mother Of Tim “Freckles” Matterley. “There is a musician in Ann Arbor named Tim Matterley who is better than all these songs! You would like his music. He has a web site at FrecklesMatterley.com, and you can get his songs free on your computer! Please check out Tim Matterley, who does not have a big record contract YET but is very very good!!!!” Two comments later, she will often come back. “Also, Tim Matterley is in this YouTube video where he plays ‘Imagine’ at a children hospital. I am just one fan but I think he is great and he will go far!!!”

6. The Read A Book Guy. “Not one of these movies is as good as reading a book.” On a list of books, by the way, he will say none of the books is as good as books used to be. He also hates Kindles, which he may or may not mention.

7. The Self-Punisher. “I always hate your tastes, so I knew this would be a miserable and useless list before I decided to click on it and read the whole thing, and now I know I was right.”

8. The Unwitting Outlier. “Has anyone really cared about George Clooney since ER?”

9. The Person With The Imperfect Grasp Of Obscurity. “These are all completely obscure picks nobody has ever heard of. The Girl With A Dragon Tattoo sounds like a Dr. Seuss book.”

10. Harry The Hipster-Hater, Who Really, Really Hates Hipsters. “This is all hipster music. I guess it’s okay for hipsters, but I’m not enough of a hipster to like hipster picks like this. Too bad I’m not hipster enough. Maybe I’d like it better if I were more of a hipster.” [His username: “notahipstersorry.”]

11. The Person Who Thinks You Were So Close. “I like all these picks, but you ranked The Descendants as your #4 and Martha Marcy May Marlene as your #5, and they should be the other way around. FAIL.”

12. The Person Who Never Says Die. “Why isn’t Arrested Development on this list?”

13. The Subject-Changer. “If we’re talking about great comedy performances, I don’t know how you can leave out [Barack Obama/the Republican debates/Occupy Wall Street/the Tea Party]. That was the funniest thing I saw all year.”

15. The Person Who Is Probably Too Hardcore For You. “The best film of the year was shot in Tokyo and the title translates to I [Bleep]ed Your Grandmother With A [Blank] And [Bleep] You Too. I guess that’s probably a little too hardcore for you. You should get outside the multiplex once in a while.”

16. The Person Who Is Laughing But Is Actually Not At All Amused. “You put Community on your list instead of It’s Always Sunny In Philadelphia? Ha ha ha yeah right.”

18. The Person Who Wanted To Be Surprised. “Uh, way to go out on a limb. These are the same things you’ve been talking about all year and saying were the best things when they came out in the first place.”

19. The Disbelieving. “Really? Are you serious? Did you mean to leave off my favorite thing? Or did something happen? Did you forget it? Did you think it didn’t come out this year? Did you write it down and then accidentally delete it in a technology mishap? Do you not know how to spell it? Really? Are you kidding?”

20. The Humble Alternative. “If you really want to know what the best choices of the year were, I put my list up at my site, KnittingWithDagmarAndLaura.com — it’s not just about knitting!”