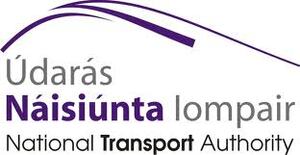 But let’s consider this transport authority for a moment. It was set up two years ago as an independent regulator; independent of government, independent of the transport operators. So far so good. Except its Usain Bolt-style sprint to protect CIE doesn’t promote an image of independence, does it?

Perhaps you think I’m being hard in accusing the NTA of safeguarding CIE. But the NTA ‘fesses up on its own website, acknowledging cause and effect where it says the fare increases “follow from the reduction in funds available to subsidise public transport announced in the Dail”.

At a time of unprecedented focus on expenditure, in the midst of an austerity programme, the case for any increase has to be extremely persuasive. It has not been made adequately in this case.

The public has a right to know what the NTA’s objectives were in reaching the conclusion it did. Did it engage in rigorous analysis of data? How did it weigh this data?

The Window Seat Of Shame