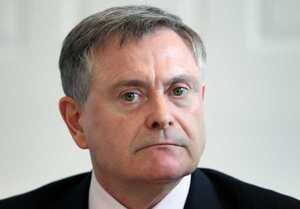 Brendan Howlin wanted to pay his own special adviser a salary of more than €133,600 but was advised not to award such a high wage.

[Officials] cautioned the figure of €133,605 “could set an unwelcome precedent for future requests for exceptions” and pointed out Mr Howlin himself had recently argued against allowing the special adviser to Minister for Enterprise Richard Bruton a wage exceeding the limit.

The guidelines stipulated special advisers should usually be paid €80,051, bringing them into line with the first point of the salary scale applying to standard principal officer positions in the Civil Service, although they could be paid up to €92,672 – the highest point on the principal officer scale – if they had been earning more than the minimum previously.