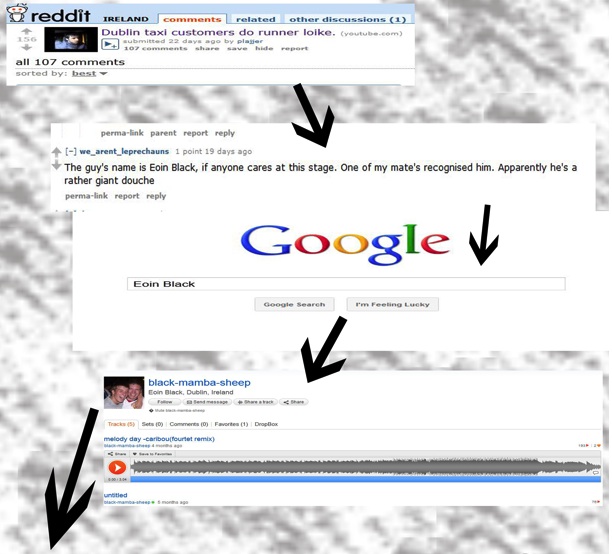 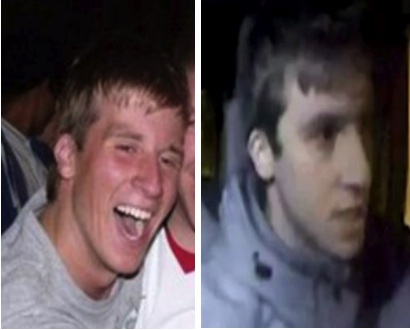 The [Irish] Mail on Sunday yesterday spoke to Eoin Black from south Co. Dublin, who accepted that he  – and not Eoin McKeogh from Co. Kildare – jumped from the taxi concerned in Monkstown last November, leaving the driver empty handed.

Mr Black, a 20-year-old student from Blackrock, yesterday told the MoS he fled the taxi without paying and said he was ‘sorry’ for all the trouble he had caused.

Mr Black said: ‘I am sorry for Eoin McKeogh and I want the real story to be told. I don’t want the story to be twisted and blown up.This is between me, the taxi driver and Eoin McKeogh. I’ve paid my €50 fare and I thought that would be an end to it.

‘I would like to tell the real story for Eoin McKeogh’s sake but I want to get legal advice before I do that.’

Crucified By Vigilantes Of The Internet: MoS Proves That Innocent Young Man Was Falsely Branded A Thief On The World’s Biggest Websites (Warren Swords and Debbie McCann, Mail Online)

Previously: It Wasn’t Me

Thanks GB SW and all

The Hardiness Of A Long Distance Runner