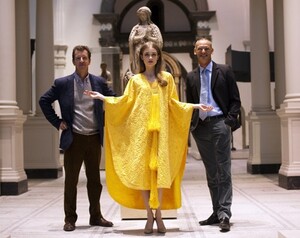 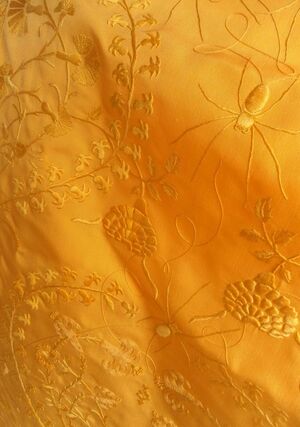 The Golden Orb spider (Nephila madagascariensis) spins a unique, naturally gold-coloured silk. Last week, the world’s largest piece of spider silk fabric went on display at the V&A in London. Described as much lighter and softer than traditional silkworm silk, it does not (curse you, Golden Orb spider) confer superpowers.

London’s Victoria and Albert Museum put on display a remarkable cape woven from silk extracted from about 1.2 million female spiders in the highlands of Madagascar. The project was the work of English textile expert Simon Peers and U.S. designer Nicholas Godley. For three years, dozens of workers collected spiders every morning and harnessed them 24 at a time into special “milking” contraptions that allowed workers to extract their silk. The museum notes that it takes about 23,000 extractions to create one ounce of silk thread.

No spiders were harmed in the process.

The Baby Of Steel