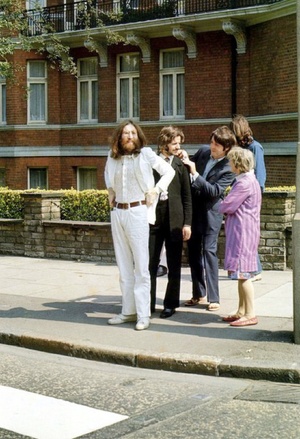 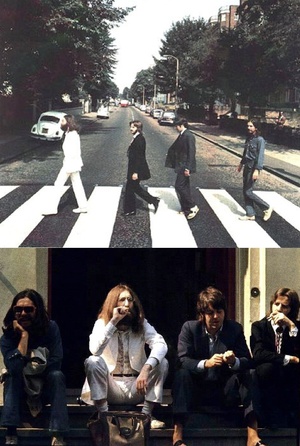 The Beatles crossed the road a number of times while Macmillan quickly took six photographs. 8 August was a hot day in north London, and for four of the six photographs McCartney walked barefoot; for the other two he wore sandals.

Shortly after the shoot, McCartney studied the transparencies and chose the fifth one for the album cover. It was the only one when all four Beatles were walking in time. It also satisfied The Beatles’ desire for the world to see them walking away from the studios they had spent so much of the last seven years inside.