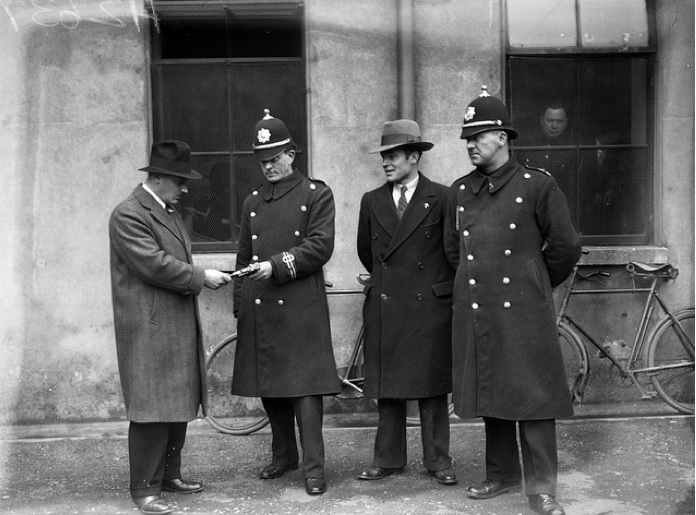 Policemen outside the court where an Official Secrets Act case was being heard, apparently passing the time playing with a pistol. The case, which was something of a cause célèbre at the time involved members of the army. We could really do with more information on this one..

Not Just An Old Row of Shops

How Camp Were British Soldiers Based In Ireland?