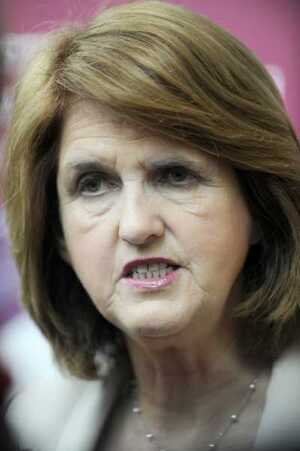 On Friday, the IMF hinted at a possible debt reduction for Ireland. The Minister For Social Protection took the ball and ran with it.

Another sporting analogy, anyone?

JOAN BURTON’S linking of better terms for Ireland’s bank debt with the fiscal treaty referendum is causing problems for the Government’s campaign, her Labour colleagues have claimed.

Labour Ministers are angry over remarks Ms Burton made in recent days. The Minister for Social Protection has twice linked a reduction in Ireland’s bank debt burden to support for the Yes side.

However, Government sources yesterday told The Irish Times while they are confident a deal reducing the debt will be reached, it is unlikely to be finalised before the vote.
“Joan has deliberately created unnecessary difficulties for the Government and you would have to wonder what game she is playing,” said one senior Labour Party figure.