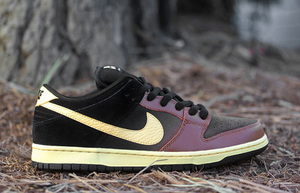 On Friday, reader ‘Simon’ sent us news, which we posted, of a new pair of Nike runners called Black & Tan (above). The Irish Times picked up the story and an Old media/New Media viral thing happened (culminating in this madness). There was no credit for ‘Simon’ or us.

Which happened to be entirely cool as this is the interwebs.

We mention this as we have just got an email from the ‘editor’s office’ of the Irish Times asking us to remove an Irish Times photo (of the journalist Alison O’Riordan in front of a half-empty Tiger-era Dublin apartment block) we used a a number of times without permission in 2010.

But the chap also asked us (quite sternly) to remove about a dozen of the amusing variations of the photo, known to you and us as ‘memes’.

Memes such as these. And this. Much like the ones the Irish Times was heralding as satirical gold a few short months ago.