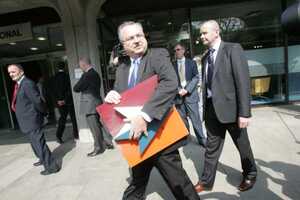 That’s what we are.

How will they spin their way out of this one?