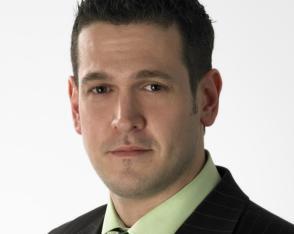 Jonathan Healy: “You mentioned Permanent TSB there. They made a loss of, was it €424 million that was announced today? But more significantly, in those figures, 12% of their mortgage book is more than 90 days in arrears.  How much of a problem is that going to be for PTSB? Because with the way the market is at the moment and the way people’s pockets are at the moment, that’s not going to be going in the opposite direction any time soon?”

Karl Deeter: “No, it won’t. And as a matter of fact, a lot of the banks have said that, lately they’re seeing an advancement in the level of arrears and it’s being caused by people thinking that they might get some kind of debt deal that is being caused by changes that the Financial Regulator made and how often you can contact people. And I’ll be honest, those figures are going to come out.”

Deeter: “No the banks aren’t doing deals. But people think that they might get one. And I’ll be honest with you Jonathan, those figures are going to come out soon because banks haven’t been measuring them but they’re starting to be asked for them. When people see the amount of mortgages that are in arrears that don’t need to be, I think it’ll be a couple of days’ headlines in that alone.”

Healy: “Are you honestly telling me that there are people out there who are chancing their arm at the moment, who can actually afford to pay their mortgage who are telling their bank, ‘I can’t’?”

Deeter: “The lowest estimate that we’ve heard from collection teams, and I’ll tell you why we started to look into this originally is because I have people coming to me for mortgage consultation who I’d say to them ‘I don’t..’, ‘I can’t seem to see what your problem is?’. And they say ‘well, you know I don’t want to have to give up X’. And what they’re doing is, effectively, strategically making the decision that they wanted to bet on their own case rather than for the banks. And typically you see landlords saying ‘look, if you had a business that was turning over €6,000 but costing you €10,000. What would you do? You’d shut it down.’ And it is certainly happening on the investment side, in a powerful sense. The lowest estimate we’ve heard is around 12% of the arrears.”

Healy: “The investment side is…”

Deeter: “No I’m talking about in general, when you generalise it…”

Healy: “OK. And basing that on relative good information and just putting it out there to make the situation for the banks look better?”

Deeter: “I’ll be honest, that is more than likely to appear in one of the papers tomorrow, I probably shouldn’t have covered it with you. But the thing is, it is based on conversations had with executives in banks, and I mean at board level. It has to do with going through conversations with collection teams in different companies. And it…no-one will go on the record with it. But what I am finding out, certainly, off the record, that those are the estimates. It’s a shocking number and I think that it’s a total finger in the eye to the people who are in genuine trouble, who aren’t in this situation by choice. And certainly with people who are strategically defaulting I think the banks should move in on them instantly. And instead focus any kind of resources or any kind of forbearance on people who have lost jobs and people who aren’t doing it because they want to.”

Lend Me Your Arrears