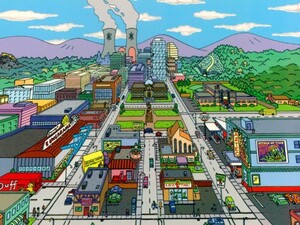 After 25 years keeping schtum about it, Matt Groening this week revealed the location of the ‘real Springfield’ in an interview with Smithsonian mag. Sez he:

Springfield was named after Springfield, Oregon. The only reason is that when I was a kid, the TV show “Father Knows Best” took place in the town of Springfield, and I was thrilled because I imagined that it was the town next to Portland, my hometown. When I grew up, I realized it was just a fictitious name. I also figured out that Springfield was one of the most common names for a city in the U.S. In anticipation of the success of the show, I thought, “This will be cool; everyone will think it’s their Springfield.” And they do.

MORE: What The Simpsons’ Springfield Looks Like in Real Life (Gizmodo) 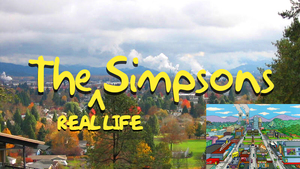