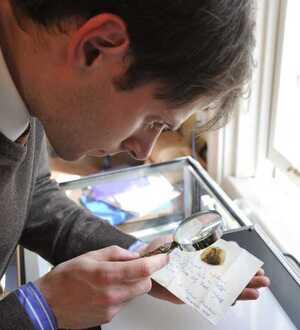 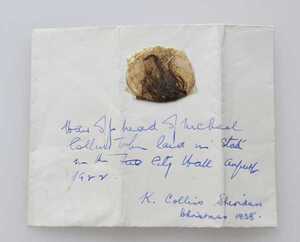 Well you can’t have it, sicko. Jeez.

Bidders at Adams auction house on Stephen’s Green at 11am this morning were due to vie for a tangled lock of Michael Collins’ hair – taken from his body as he lay in state by his sister Kitty. The starting price would have been €3000 – €5000.

Respectfully withdrawn from auction yesterday, the hair will now be donated to the National Museum.

Next week, a medical swab used to wipe the Big Fella’s face before he was embalmed will be auctioned at Mealy’s. A snip at €450 – €600.

Who Will Take My Gnéas?