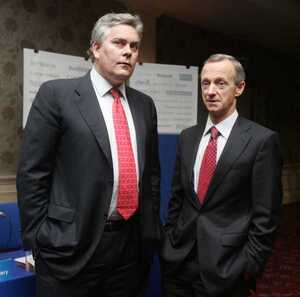 Gavin O’Reilly and Vincent Crowley at the 2009 INM AGM.

Gavin O’Reilly said to have “come to some sort of agreement’ at board meeting. (translation: ousted by O’Brien and Desmon). Turmoil at Indo

Gavin O’Reilly Steps Down From INM (The Guardian)