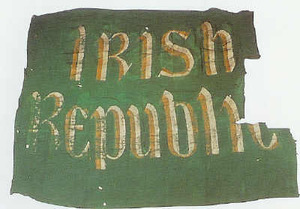 Given that there will be a large number of events in the coming decade to commemorate major historical events between 1912-1922 (it was exactly 96 years ago today that the 1916 Rising began) your readers might be interested in a historyhub.ie podcast series entitled The Irish Revolution.

The Irish Revolution was a module taught by renowned historian Professor Michael Laffan in the School of History and Archives, UCD from the mid-1970’s until his retirement in 2010. The course covers a tumultuous period in Irish history and examines the interaction of different groups (in particular unionists, moderate and radical nationalists, and the British), the causes and impact of events (such as the Home Rule Crisis, the Easter Rising, and the Treaty), and patterns of continuity and discontinuity in the period spanning the First World War. In association with the UCD School of History and Archives and historyhub.ie all 10 of the lectures were recorded.