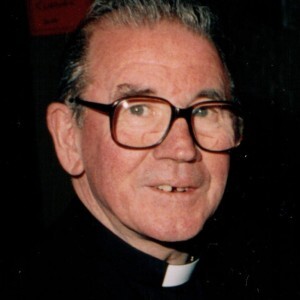 Paul Breslin, who was abused by Fr  Greene, told the programme: “I thought God was supposed to care and that priests were supposed to care not hurt a person. I thought I’m doing something wrong here. You know, am I not doing a good enough job as an altar boy that he’s punishing me for this.” Of his childhood he said: “Nothing just pain, pain, pain. Every single week just pain.”

Retired Garda Martin Ridge told a BBC Spotlight investigation, also presented by Darragh McIntyre, into Fr Greene’s activities: “I don’t believe a week went by in West Donegal where you hadn’t a child or a number of children sexually abused . It’s horrendous. Anywhere you look around here which is so hard to fathom: by-roads, side roads, churches, schools – the abuse here was something unbelievable, unbelievable. And the fact that nobody in the public spoke out about this after the total carnage here.”

Which makes this report by Justine McCarthy from The Sunday Tribune (not available online) of November 2008 all the the more disturbing:

Fr Eugene Greene (81) was sentenced to 12 years’ imprisonment eight years ago for raping and sexually assaulting boys as young as seven from 1962 to 1985 in the west Donegal Gaeltacht.
The priest is due for release on 4 December and is expected to return for Christmas to the village where he committed many of his crimes. A collection organised by some of his supporters while he was in jail is estimated to exceed €50,000.