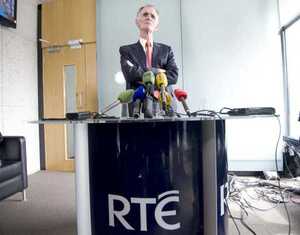 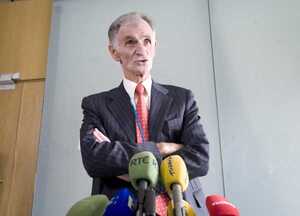 RTE Board chairman Tom Savage (above) on Newstalk’s Breakfast earlier told presenter Shane Coleman that his members were unaware of the controversy over the libelling of Fr Kevin Reynolds until September. Four months after the Mission To Prey programme went out and three months after legal action was started against the station.

Shane Coleman: “Tom Savage, when did you and the board become aware there was a problem with the Mission To Prey programme?”

Tom Savage: “When we were told at our September board meeting. Because obviously if you are dealing with a huge organisation like RTE, with so much output in so many areas, the board is never informed on an ongoing basis of every single issue that crops up. And it tends to be that only when problems emerge and they’re either raised directly with the board or they’re raised through the Director General’s report that comes to us at the board meeting, the first item on the board meeting, that we have each month, we heard about it in September.”

Coleman: “That sounds quite amazing. The programme went out roughly this time last year, we’re talking four or five months. Now I accept the board can’t know about every micro issue that goes on but we’re talking about a libel that pretty, should, pretty, you should have pretty much become aware that this was a huge issue, a massive issue for RTE, four months, five months, that seems like a major communications deficit.”

Savage: “No, as soon as it became, what you described as a major issue, the board was informed. But I repeat, I mean whether it’s Prime Time, as a programme, or Prime Time Investigates, there are many issues which cause ripples externally with people complaining, with complaints coming in to complaints bodies or whatever. But we only hear about it when it actually becomes a real issue internally. And that’s exactly the process that happened. It wasn’t that we were kept in the dark. As soon as it became a major issue, particularly when the legal issue was being threatened. And when the issue of the challenge to the paternity result became then we were informed.”

Coleman: “Except when the paternity issue and the offer from the priest in question to take the paternity test, I mean that became apparent a long, long time before September. Again it does seems startling the board wasn’t made aware of this a lot earlier than September.”

Savage: “But I repeat, there are regularly issued raised with programmes. Challenges coming legally from representatives of people. It happens..if you look at the output of RTE.”

Coleman: “Of course but we’re talking about…”

Savage: “There are huge amounts.”

Coleman: “We’re talking about as serious a libel as you could possibly make on a television programme in this case.”

Savage: “As soon as this became a serious libel issue, we were informed.”

Coleman: “OK. So the board was made…it discussed it in September, why the delay then in setting up an investigation into this? Because it was really November before things started to happen in RTE on this, wasn’t it?”

Savage: “But the issue. As soon as we were informed, the first thing we were informed of was that then the Director General set in train an internal investigation with RTE, going back over every single step that had happened. When we knew that, we summoned, as a board, the Head of News and Current Affairs to come and to talk to us and to be scrutinised and questioned by us at our October meeting.”

Savage: “I would accept that as soon as the Executive is aware, that we have an issue of serious concern, whether it is libel or anything else, that will be immediately communicated to the board, which is currently the practice.”

Coleman: “OK. I do want to move on to other issues and I don’t want to labour this point but just lastly on this. The libel issue was initiated in July. Again, you know, you’re then taking about the rest of July, August and then into September. Surely this should have been flagged with the board a little earlier than that?”

Savage: “All I can tell you is as soon as this became a major issue, the board was informed. In fact what was happening there, there was a bit of a delay I have to say because at that stage there was the issue of the paternity test. And this was being done across continents. The paternity test issue was being evaluated, how could it be done? How could it be carried out? And that is essentially what took up a lot of the time during the summer. And then at the end of that we were right into the major issue that cropped up in September and into the Autumn.”

Coleman: “Just lastly did the board meet in July and August?”

Savage: “The board does not meet in August. The board met in July.”