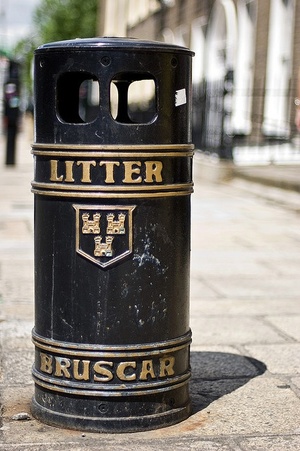 PUBLIC LITTER bins are being removed from residential areas by Dublin City Council in an attempt to crack down on illegal dumping of household rubbish.

The council has so far withdrawn almost 200 bins from the streets, some of which were underused, while others were being “abused” by householders who did not want to pay waste charges, according to the council.

Most of the bins removed were removed because of underuse, but a quarter were being filled with household waste.

“What Has This Guy Been Saying to Other People?”