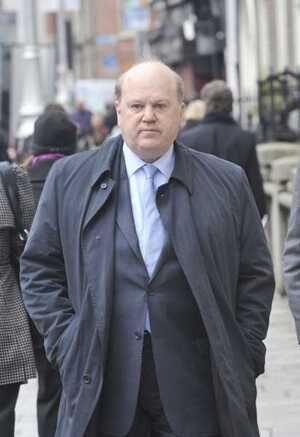 Sinking into poverty and destitution.

Finance Minister Michael Noonan has insisted that Ireland is unlikely to be affected by the Greek crisis because the two countries have no economic connections. Speaking at a Bloomberg event in Dublin, the Minister said Ireland is not on the frontline for contagion from Greece.
“Apart from holidaying in the Greek islands, I think most Irish people don’t have a lot (of connections with Greece),” he said.
“If you go into the shops here, apart from feta cheese, how many Greek items do you put in your basket?”

For Your Consideration: Greece, The End Of Austerity?