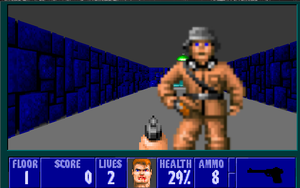 We somehow missed this one last week, but there’s now a fully functional version of the grandaddy of all FPS games Wolfenstein 3D available to play in your browser.

We’re refusing to acknowledge though that it was released to celebrate the game’s 20th anniversary.