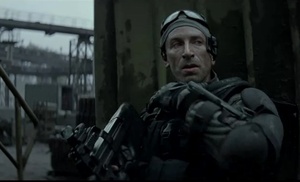 How far will games manufacturers go to promo their upcoming releases? Well, Ubisoft was more than happy to invest in this 25 minute live-action ‘prequel’ film to whet gamers’ appetites for the upcoming Ghost Recon: Future Soldier, which comes out on XBox and PS3 later this month.

Tom Clancy’s Ghost Recon® Alpha the movie invites you into the future of war with the US Armed Forces’s point of spear. Inserted deep behind enemy lines, the Ghosts must strike swiftly to eliminate one of the world’s most feared war criminals, and vanish as they came.