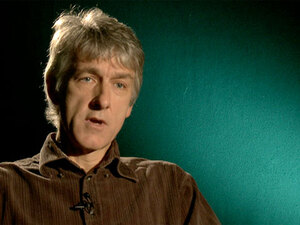 The survival plan, such as it is, involves countries embarking on a long process of structural reform to make them more competitive, a fiscal pact to ensure that governments live within their means, and perhaps a bit of extra pan-European infrastructure spending to satisfy voter demands to soften the impact of austerity.

There is little prospect of this blueprint working.

Take Ireland, one of the three countries subject to harsh bailout terms. Does it have a competitiveness problem? As Dhaval Joshi of BCA Research notes, Ireland accounts for 0.3% of global GDP yet accounts for 3% of world trade in services and 6% of trade in pharmaceuticals. Ireland ranks third in the world for foreign direct investment, on which the return is 17%, compared with 6% in Germany. “As a trading economy in key sectors, Ireland is punching 10 or 20 times above its weight. This is hardly a sign of an economy that needs to become more competitive,” Joshi says.

Nor would the proposed fiscal pact, on which Ireland votes in a referendum later this month, have prevented the crisis that has reduced GDP by 15% and prompted a fresh exodus of the young and talented. Ireland, like Spain, had healthy public finances in the years before the crisis broke. The problem in both countries was not too much public debt but too much private debt. The reason there was too much private debt was that borrowing was too cheap in economies that were growing fast and at risk of overheating. And the reason borrowing was too cheap was that Ireland and Spain had given up the right to set their own interest rates and were subject to the one-size-fits-all dictates of monetary union.

The Euro Is Ripe For Creative Destruction (Larry Elliot, The Guardian)

That Timeline Of Confusion In Full

Let No Man Write My Epitaph; For As No Man Who Knows My Motives Dare Now Vindicate Them