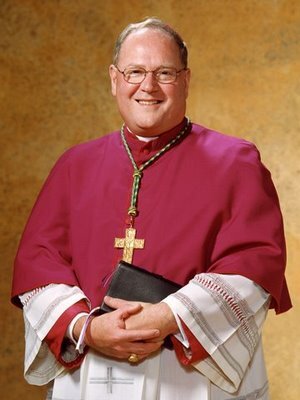 He was the lead ‘investigator’.

Cardinal Timothy M. Dolan (above) of New York authorized payments of as much as $20,000 to sexually abusive priests as an incentive for them to agree to dismissal from the priesthood when he was the archbishop of Milwaukee.

Questioned at the time about the news that one particularly notorious pedophile cleric had been given a “payoff” to leave the priesthood, Cardinal Dolan, then the archbishop, responded that such an inference was “false, preposterous and unjust.”

But a document unearthed during bankruptcy proceedings for the Archdiocese of Milwaukee and made public by victims’ advocates reveals that the archdiocese did make such payments to multiple accused priests to encourage them to seek dismissal, thereby allowing the church to remove them from the payroll.

The apostolic visitation led by the archbishop of New York, Cardinal Timothy Dolan, noted that there had been some “progressive steps” towards reforming church structures and in particular the handling of allegations of child abuse. Several Irish judicial inquiries found the Catholic hierarchy had covered up allegations of abuse, often by moving accused priests to other dioceses or even out of the country.

Wonder if he’s going to the Eucharistic Congress?

He Reigns Over Our Parade

The Girl With The Bruise On Her Arm