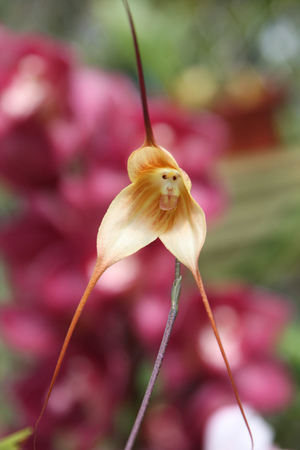 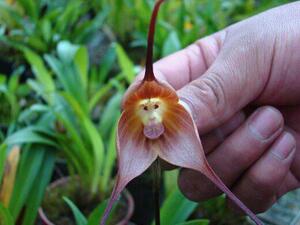 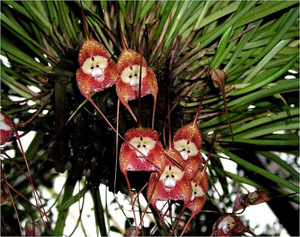 Its scientific name is Dracula simia, the last part nodding towards the fact that this remarkable orchid bears more than a passing resemblance to a monkey’s face – although we won’t go as far as to be species specific on this one. The Dracula (genus) part of its name refers to the strange characteristic of the two long spurs of the sepals, reminiscent of the fangs of a certain Transylvanian count of film and fiction fame.