Lullaybe by Fiach Moriarty who sez :

This is a one take/no edit video. Myself and Bob Kelly came up with this concept about a year ago in Hourican’s bar on Leeson St [Dublin] after a conversation about Samuel Beckett. We wanted to do something a bit different and challenging that would not be easily done.

So we hatched a plan to learn a song backwards and from there it grew and developed. We then decided to make it a walking video and mapped out a route. The route involved getting lucky with traffic lights, cars and indeed human traffic and all in one take as well.

It also involved me walking backwards throughout. So what you see is the reverse of me walking and singing backwards, which makes me look (slightly) normal and everybody else in backwards mode? Lost? Thought so,

Watch the video and it will become clearer.We enlisted the help of Aoife Scott, Philip Graham, Trish Fitzpatrick, Marcus Lamb, Déaglán Mac Samhráin, Rebecca Flynn and Enda Reilly to help us achieve what you see here.

Cast in order of appearance:-

Song appears on debut album ‘So i’ recorded and produced by Keith Lawless in Studio 2 Kinsealy. 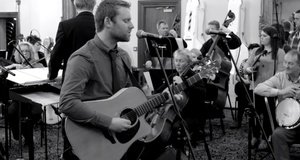 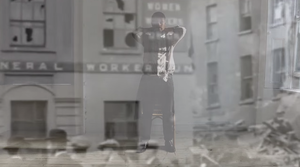