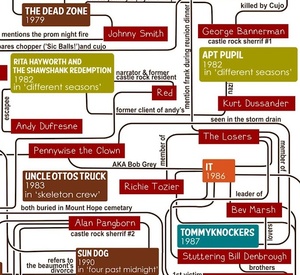 Bangor, Derry, Castle Rock: there’s only so much of Stephen King’s Maine to go around. Of course, that’s the way King and his fans like things: nicely disconcerting and claustrophobic with locations and characters bleeding from one story to the next.

To help you keep track of the interactions, swap-overs and in-jokes (the Dark Tower series excluded), graphic designer Gillian James has created a handy flowchart. 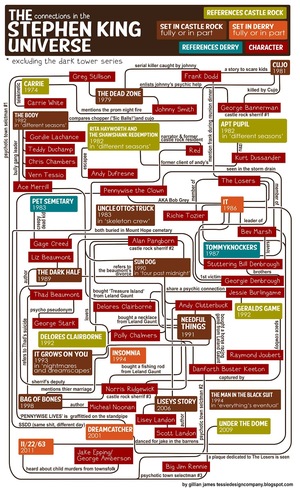 Without This, Kraftwerk Is Nothing

Are You A Hipster?

Your Procrastination Flowchart Has Arrived

That Bacon. Should You Eat It?