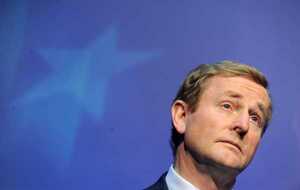 As German chancellor Angela Merkel gave the go-ahead to discuss direct aid for Spain’s banks, Irish negotiators were told from the outset of the talks that any pledge to Madrid would not necessarily create a precedent for Dublin. This led Taoiseach Enda Kenny to insist on a direct reference to Ireland, saying he could accept nothing less.

As the talks continued into the early hours of Friday morning, Mr Kenny is reputed to have instructed officials to “keep taking the tablets” as they pushed repeatedly for a direct reference to Ireland.