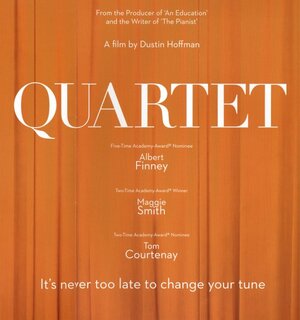 1. Quartet is the first movie directed by Dustin Hoffman.

2. Dusty was supposed to make his directoral debut with Straight Time
(1978), but decided to concentrate on acting in it instead. It’s a stone-cold forgotten ’70s classic.

5. Tom Courtenay is a legend. Fact.

7.The only thing that could possibly save this movie: a Hoffman cameo, reprising his role from Tootsie (1982).

Broadsheet Trailer Park: I Give It A Year