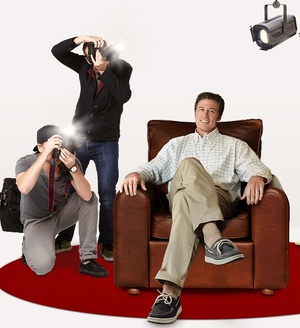 “Doug’s just a regular guy,” says the agency — a down-to-earth suburban dad who “washes his own car, pays his own bills, and does his own laundry.” And for that he deserves to be treated like a star.

Fine, but the guy really is Brad Pitt’s brother, Doug.

MORE Awesome People Hanging Out Together

Who Are These Youngsters?

What Celebrities Would Look Like If They Were People Of Walmart