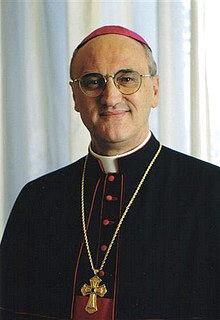 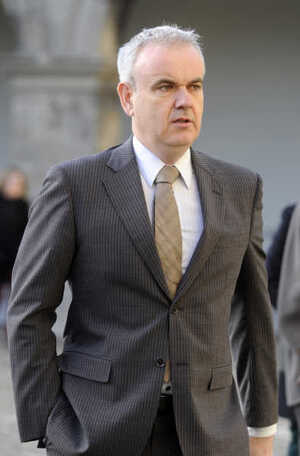 From the Sydney Morning Herald:

The Vatican’s most senior representative in Australia failed to co-operate with a government inquiry into child sexual abuse in Ireland and once invoked diplomatic immunity in a civil suit in which a victim was suing the church.

Archbishop Giuseppe Lazzarotto (top) assumed the job of apostolic nuncio in 2008, a role equivalent to the Vatican’s ambassador.

He had served in the same role in Ireland but left before the government released an inquiry into sexual abuse in the Dublin archdiocese, the 2009 Murphy Report. The report criticised Archbishop Lazzarotto for not responding to a 2007 request to provide the inquiry with evidence of abuse.

Colm O’Gorman (above), a former Irish senator and now the executive director of Amnesty International in Ireland, told the Herald Archbishop Lazzarotto invoked diplomatic immunity, which caused him to drop a lawsuit against the Vatican.

Mr O’Gorman launched the suit against his local diocese and the Vatican’s representatives in Ireland, seeking compensation for being repeatedly raped as a teenager by Father Sean Fortune, Ireland’s most notorious paedophile priest.

”I was told in no uncertain terms that having secured diplomatic immunity, the nuncio would assert it in court,” Mr O’Gorman said. ”His lawyers told me that if I pursued the case, they would use that immunity to have it thrown out and then seek full legal costs from me.”