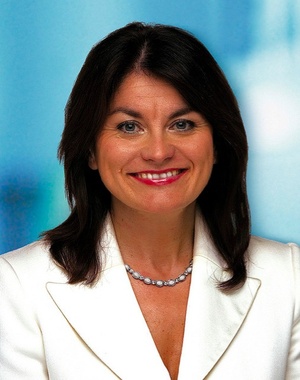 “Senator Healy Eames boarded the 6.50am train to Dublin in a rush, at Athenry station yesterday morning (Thursday). She did so on the understanding that she would be able to purchase a ticket on board, as she had previously done on recent occasions. She was approached by an officer from the revenue protection unit on board who asked her for ID. She produced her Seanad ID card. She offered to buy a ticket as normal. He told her she could not buy a ticket from him and and fined her €100.
Senator Healy Eames was shocked to learn this as she had purchased two tickets on board just weeks earlier, in June. She showed the RPU officer the counterfoils which proved that they were both purchased on the train. Senator Healy Eames has appealed the fine.”

You Did NOT See That Coming