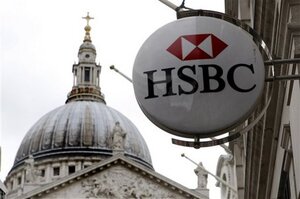 Lax controls at HSBC allowed Mexican drug cartels to launder billions of dollars through the British bank’s operations in the US, an investigation has found.

The report by a U.S. Senate committee also claimed that HSBC provided banking services to some lenders in Saudi Arabia and Bangladesh

This is the British economic-policy establishment under unprecedented pressure – and what an unseemly, blame-ducking, buck-passing panic it presents. Not just the humbling of some of our most senior and respected officials but also the erraticism with which they have been making policy.