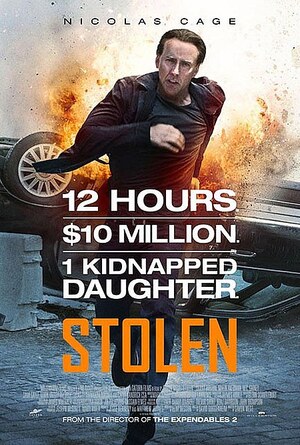 1. Nicolas Cage is the Ghost Rider, for real, only he’s trapped in b-movie hell.

3.Co-star Josh Lucas was supposed to be the new Matthew McConaughey. How’s that working out?

4. Lucas appears to be playing the role Nick Cage would have played back when he wasn’t sleep-walking through one shit film after another.

6. Back in the day, Stolen director Simon West and Cage did Con Air (1997). We’d still go a sequel. Wonder if Colm Meaney’s available?

8. The Big Question: Jesus… Exactly how big is that tax bill he’s trying to pay off?