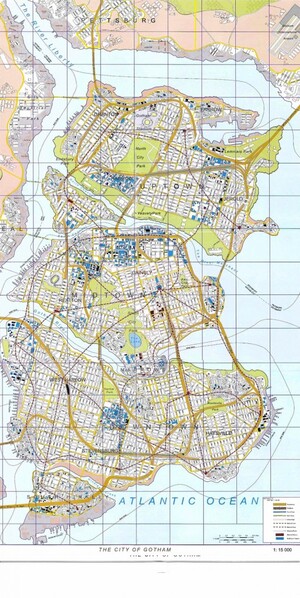 Gotham City is almost as old as its hometown hero, having first been introduced in Batman #4 in 1940, and like Batman itself has undergone several transformations under the years. Nolan’s version of it draws in elements of Chicago, Pittsburgh, London, Vancouver, and more, although — as the name suggests — New York City has long been another primary inspiration for the fictional city.

The BatVan: Striking Nausea Into the Stomachs of Evil-Doers