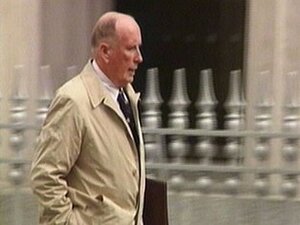 Gardaí asked that Mr  [Michael] Shine [aged 80] surrender his passport and sign on once a week at Donnybrook Garda Station as part of his bail conditions.
However, the defence objected on a number of grounds, including the fact that Mr Shine had the use of an apartment in the Canary Islands and had planned to go there in August for a few months.
…Judge Cormac Dunne…agreed with the defence that it would be unfair if he was not free to travel to take some solace from the apartment in the Canary Islands and because of his age and ability to move in and out of a garda station.

And the earliest court date?