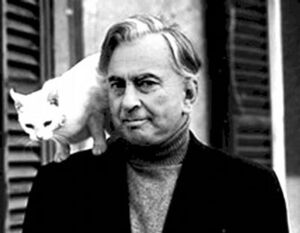 “I never miss a chance to have sex or appear on television.”

“It is not enough to succeed. Others must fail.”

“A narcissist is someone better looking than you are.”

“Any American who is prepared to run for president should automatically by definition be disqualified from ever doing so.”

“Democracy is supposed to give you the feeling of choice like, Painkiller X and Painkiller Y. But they’re both just aspirin.”

“Envy is the central fact of American life.”

“Every time a friend succeeds, I die a little.”

“The United States was founded by the brightest people in the country — and we haven’t seen them since.”

“Every four years the naive half who vote are encouraged to believe that if we can elect a really nice man or woman President everything will be all right. But it won’t be.”

“Andy Warhol is the only genius I’ve ever known with an IQ of 60.”

“All children alarm their parents, if only because you are forever expecting to encounter yourself.”

“Apparently, a democracy is a place where numerous elections are held at great cost without issues and with interchangeable candidates.”

“The genius of our ruling class is that it has kept a majority of the people from ever questioning the inequity of a system where most people drudge along, paying heavy taxes for which they get nothing in return.”

“Style is knowing who you are, what you want to say, and not giving a damn.

“The more money an American accumulates, the less interesting he becomes.”

“The four most beautiful words in our common language: I told you so.”

Gore Vidal quotes: 26 of the best (The Guardian)

Leaving Out A Vidal Detail