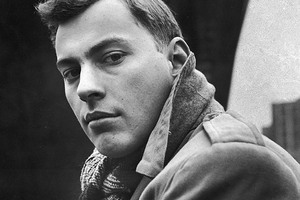 Charles McGrath’s elegantly written obituary for the “Burr” novelist [Gore Vidal, above] and literary raconteur who died Tuesday at 86 years old, got a few key details wrong. Those errors forced the Times to issue (below) one of its most bizarrely hilarious corrections yet.

“An earlier version misstated the term Mr. Vidal called William F. Buckley Jr. in a television appearance during the 1968 Democratic National Convention. It was crypto-Nazi, not crypto-fascist. It also described incorrectly Mr. Vidal’s connection with former Vice President Al Gore. Although Mr. Vidal frequently referred jokingly to Mr. Gore as his cousin, they were not related. And Mr. Vidal’s relationship with his longtime live-in companion, Howard Austen, was also described incorrectly.  According to Mr. Vidal’s memoir ‘Palimpsest,’ they had sex the night they met, but did not sleep together after they began living together. It was not true that they never had sex.”