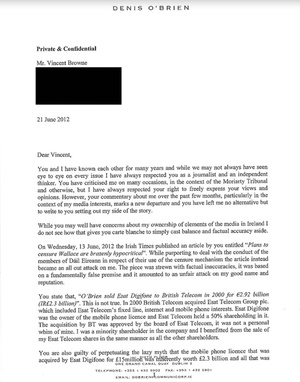 The correspodence was initiated by Denis O’Brien in a letter dated June 21 addressing an Irish Times article and broadcasts in which Vincent Browne refers to Denis O’Brien’s media interests and the findings of the Moriarty Tribunal.

There’s FOUR more pages of this [Redacted} utter [Yikes} steaming, self-obsessed, pile of bladder-***** [Is That Even A Word?} gooey entrails of [Ah Here] at the link below. 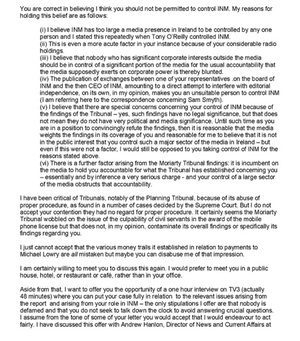 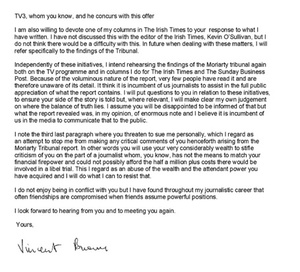 No One Gets Out Of Here Alive