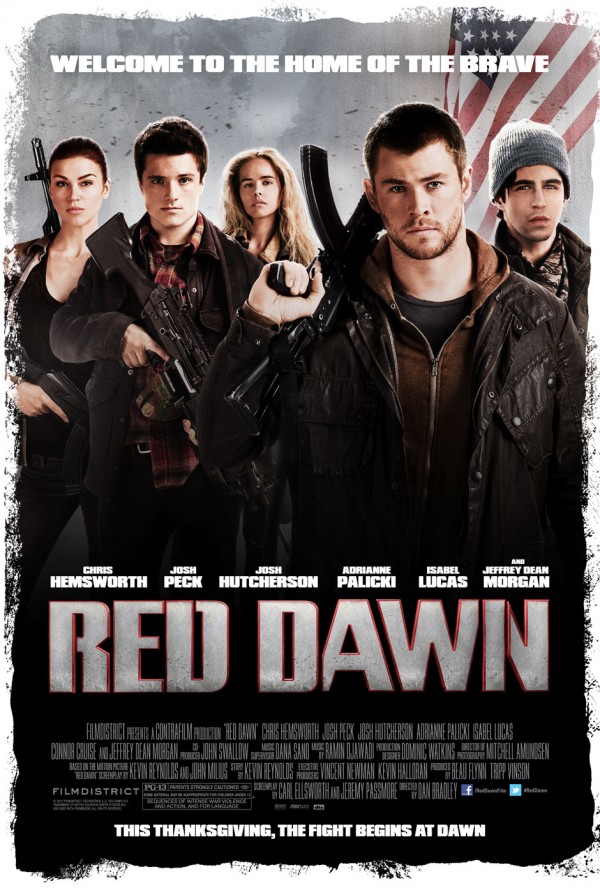 The second delayed film from MGM that Chris Hemsworth stars in (the other was Cabin in the Woods) finally sees the light of day: a remake of the cliché-ridden 1984 classic.

This time, the Russians are replaced by North Koreans (the Red Menace was originally to have been China but a hasty rewrite was done so as not to offend the new paymasters).

We somehow doubt the heroes of this piece will be referred to as ‘insurgents’.

Bonus: the trailer for the original movie: