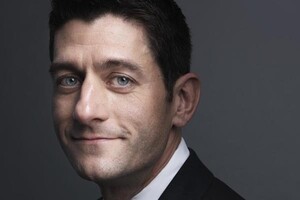 The anti-choice National Right to Life Committee stated, “Ryan has maintained a 100% pro-life voting record.” He is a co-sponsor of the Sanctity of Human Life Act, what critics call the personhood bill, now in Congress, that would define in federal law that:

“the life of each human being begins with fertilization … irrespective of sex, health, function or disability, defect, stage of biological development, or condition of dependency, at which time every human being shall have all the legal and constitutional attributes and privileges of personhood.”

The law goes on: “a one-celled human embryo … is a new unique human being.” As reported in Mother Jones, this law would make normal in vitro fertilization (IVF) practices illegal, as the process creates multiple fertilized eggs, one or two of which might be used to help a woman have a child. The others are frozen, used for research or destroyed, which, under this bill pushed by Ryan, would become murder.

Fun fact: Three of Mitt Romney’s sons have relied on IVF to give birth to several of his 18 grandchildren.

Who Is Paul Ryan? (Paul Sirota, Nation of Change)

A Stranger In His Own Land

Taking IVF Out Of The Debate