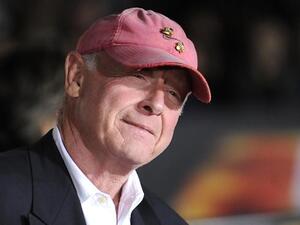 Director Tony Scott, the veteran director-producer of stylish action-thrillers who with his brother Ridley Scott ran the prolific Scott Free Prods. banner, committed suicide Sunday by jumping off the Vincent Thomas Bridge near San Pedro. He was 68.
Scott, the younger of the British brothers, was known for helming such blockbusters as 1986’s “Top Gun,” 1987’s “Beverly Hills Cop II” and 1995’s “Crimson Tide.” In recent years, he had been more active as a producer of film and TV fare through Scott Free. He had long been developing a “Top Gun” sequel as a directing vehicle, as well as a drama “Emma’s War” with Kennedy/Marshall Co. His last feature helming credit was 2010 Denzel Washington starrer “Unstoppable,” and he was a producer on Ridley Scott’s high-profile summer release “Prometheus.”