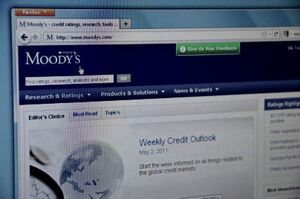 The report isn’t completely gloomy – Moody’s argues that, should events go well, Spain, Portugal and Italy could be in better shape by 2013. However, it also warned that “the complete unwinding of the periphery countries’ accumulated imbalances” will still take several years. Moody’s added that Greece and Ireland potentially need until 2016 to rebalance their economies – beyond the point where both countries’ IMF-led fiscal reform plans are meant to have ended.

Meanwhile, At The Dept Of Finance