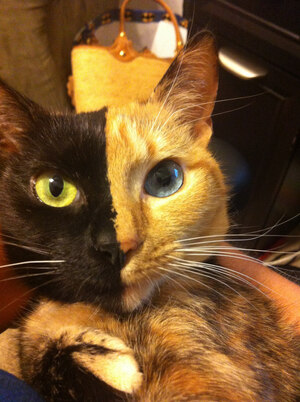 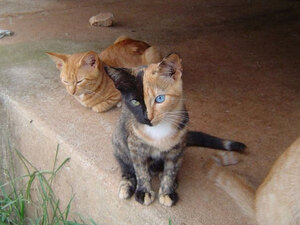 Venus is a three year old Chimera cat. It’s not a breed, it’s a genetic condition.

Chimera cat is one individual organism, but genetically its own fraternal twin. A chimera is typically formed from four parent cells (either two fertilized eggs, or two early embryos that have fused together). When the organism forms, the cells that had already begun to develop in the separate embryos keep their original phenotypes and appearances. This means that the resulting animal is a mixture of tissues and can look like this gorgeous (but bizarre) kitty.