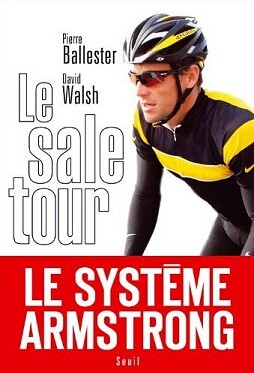 “People have been saying to me for a number of years now, because it was perfectly clear to most intelligent people that Armstrong had been doping, and they asked if I felt vindication because I was accusing him for many years. I’ve never felt vindicated [Armstrong sued him for libel] because I’ve never needed vindication in my life. I was never sure of anything more in my life than that this guy and his team were doping and that was from the very first Tour in 1999.

“It’s just wrong that guys who were riding the race clean and never appeared in the top 20 were screwed by a corrupt system and in my view a system that couldn’t not have remained corrupt without the complicity of the people who run the sport, the race organisers, the sponsors, the cycling journalists. Too many people turned a blind eye to something that was obviously wrong and they did it for all the wrong reasons.”

The Unsung Hero Of The Lance Armstrong Scandal (TheBrokenElbow, June 2011)

“Do You Owe David Walsh An Apology?”