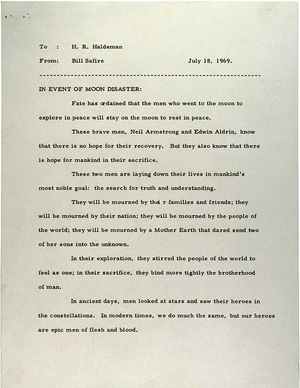 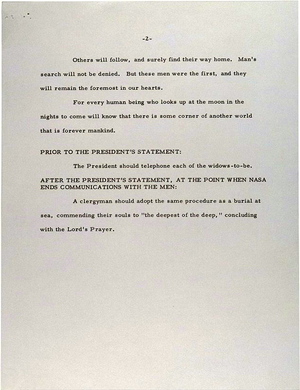 A copy of the speech Richard Nixon would have delivered had things gone horribly wrong for Neil Armstrong and Buzz Aldrin on July 20th 1969.

The Moon In Finglas