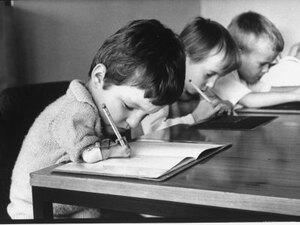 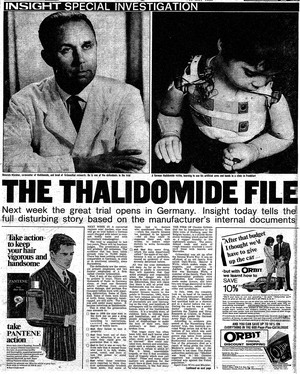 The inventor of Thalidomide, the Grunenthal Group, has apologised 50 years after side effects of the drug became known. It concludes a lengthy campaign for accountability spearheaded by The Sunday Times (above). Victims continue to seek compensation from the drug’s manufacturer, Distiller’s (now Diageo). Thalidomide was used primarily to treat morning sickness.

In 2010, Scientists at the University of Aberdeen discovered a component of the drug “prevents the growth of new blood vessels in developing embryos and stunting limb growth”.

Thalidomide: Timeline Of A Scandal (Telegraph)