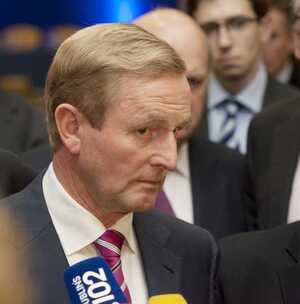 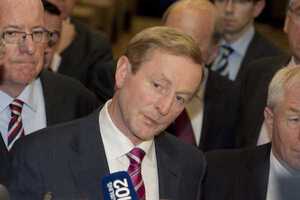 Enda Kenny at the Fine Gael ‘think-in’ at the Knockranny House Hotel, Co Mayo, this afternoon.

The Chairman of the Fine Gael party has today called for elements of the Croke Park Agreement to be renegotiated. Deputy Charlie Flanagan said all sides should sit down together to discuss the payment of increments, which are not part of core pay.

Taoiseach Enda Kenny has today ruled out any re-negotiation of the Croke Park Agreement, saying that the Government is “honour bound”.
Speaking at the start of the Fine Gael Parliamentary Party meeting in Mayo however, Mr Kenny said: “I’m telling you what the position is, and I’m not implying what anyone else, as you say, might seem to be saying,” 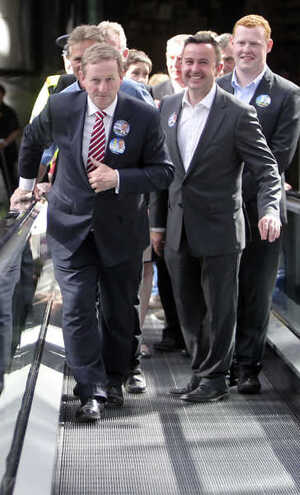 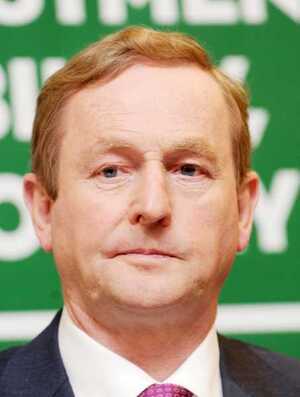 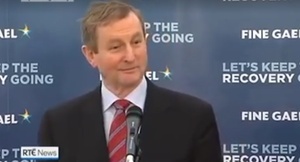